In a frank discussion with Sister Dr. Affiong L. Affiong in Buea 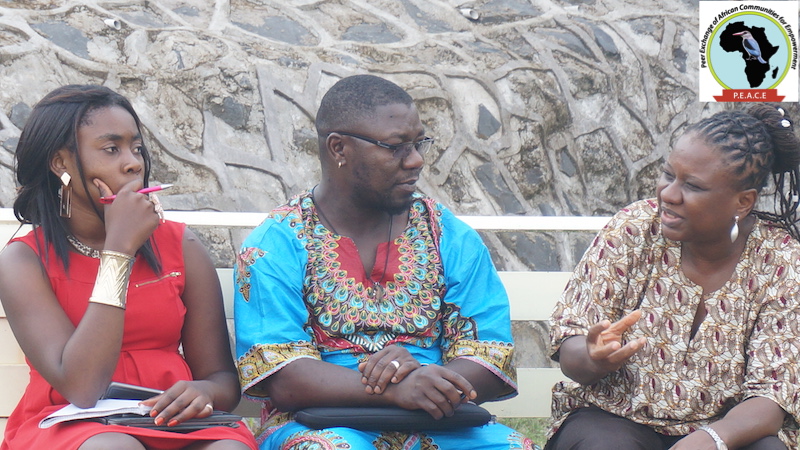 by admin in Campaign, info, News

Recently, we were honored by the visit in Buea, the capital city of the South West Region, post-colonial Cameroon from Sister Dr. Affiong L. Affiong. Our CEO, Brother Dr. MboloYufanyi met with her to discuss challenges of networking and organization in an unconscious Pan African Environment. Sister Affiong is Executive Director  of the Moyo Pan Afrikan Solidarity Centre, based in Accra and London and a global Pan African Organiser.

In a one on one discussion with Sister Affiong, a partner and counsel to our Network, Peer Exchange of African Communities for Empowerment (P.E.A.C.E), she brought out certain issues towards attaining a successful networking and organizing policy.

She began by expressing the importance of Consciousness, the first step towards successfully implementing a Pan African Agenda. Consciousness she said; is the molding of the mind and the gateway towards everything we set out to achieve. It was on this point she stressed on the media as a mass weapon to achieve consciousness in this 21st century. By media she meant instruments such as the Internet, conferences, publicity stunts and so forth. Similarly she made known of the fact that to win the mind of the people we must start by being independent in everything we do. That is, setting up our own media, which works 24/7, working underground, getting our own pictures, tapes, and films from an African Perspective without dependency from other media channels.

In this same light, she brought in the issue of consistency of the mind, which is having a fix view of what one intends to do and working consciously and consistently to meet up with that goal. Consistency she said; is planning ahead of time in a methodical manner, organizing events and carrying out activities to generate and sustain income, documenting of materials for the purpose of awareness.

Similarly, on the concept of organization, she related it to tours, which are guided visits to particular places with critical historical aspects for conscious education and adventures they offer. This could be achieved through investments in recreational centers to accommodate visitors who turn in to tour areas or places connected to the network. Also in organizing, she stressed the Working with people to a level we can work, to achieve what we intend to achieve rather than working with an unproductive multitude.

Sister Affiong, also touched on the concept of power to buttress our networking strategies. Power she said; is the ability to define reality which is superior in implementation. That is, who controls what, and what goes where. Through power we can attain a certain level of consciousness in the minds of the people we intend to target. As Pan African organizers we should indoctrinate Africans in a way that, they are not bewildered with the temptations that tribalism and foreign religions bring. That is, bias to some because of affiliation, ethnicity or religion. We are being fixed to a particular place due to the benefits it offers, but not to the principles of commitment and determination. Commitment and determination means to stay steadfast to the course, no matter where we are, always aligning ourselves to our roots and course (Africa and Pan Africanism) and not to the fantasy orchestrated by western propaganda, which cuts across the eyes.

Nevertheless, as an organizer, sister Affiong said; one must have several plans to work on, which she laid out as: organizing conferences, utilizing every aspect of the media, be it Internet, radio, television, linking the struggles, etc. Affiliating with or surrounded by like minds who share a common view, interest and objective as us should be our principle. And most of all, planning ahead of time should form the base of our engagements. It was on this final bullet, she made use of the five “Ws” and one “H” to support her point. That is, What we want to do! Why we want to do it! Where we want to do it! When we want to do it! Whom we want to do it with, and How we intend to achieve it?

The C.E.O of P.E.A.C.E, Brother Mbolo Yufanyi also chipped in with views on certain issues which he found challenging in setting up a Network like P.E.A.C.E. He stressed on the point of unwillingness and lack of co-operation with people in an environment devoid of or unconscious about Pan Africanism. He said that, many a time the engagement of some of our brothers and sisters are ill intent. People turn to look at the monetary benefits of their engagements rather than devoting time and seriousness in what is supposed to be done, hence retarding the growth of the network. He also added to the discussion, by bringing in the issue of colonial mentality in which both the young and old are relegated to. Acting on issues as if we were still in the colonial period and by the influence of our colonial masters. He ended up by quoting Steve Biko, that, “The most potent weapon in the hands of the oppressor is the mind of the oppressed.” By this he explained, that we can have all the riches and resources in the world but if someone else controls our brains, he/she controls what we have. 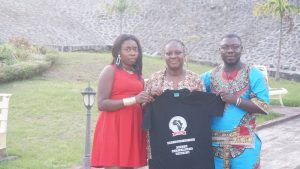 A souvenir being presented to Sista Dr. Affiong

Finally, I channeled in with my own views on networking and organization by insisting on the way to target consciousness in the mind. To target consciousness, we must start from the base or roots. We must begin by changing the negative mentality embedded in the minds of the younger ones, so that it doesn’t pass on from generation to generation. That is, a fixed mentality on something which is not productive, but static as a result of the environment we evolve from. 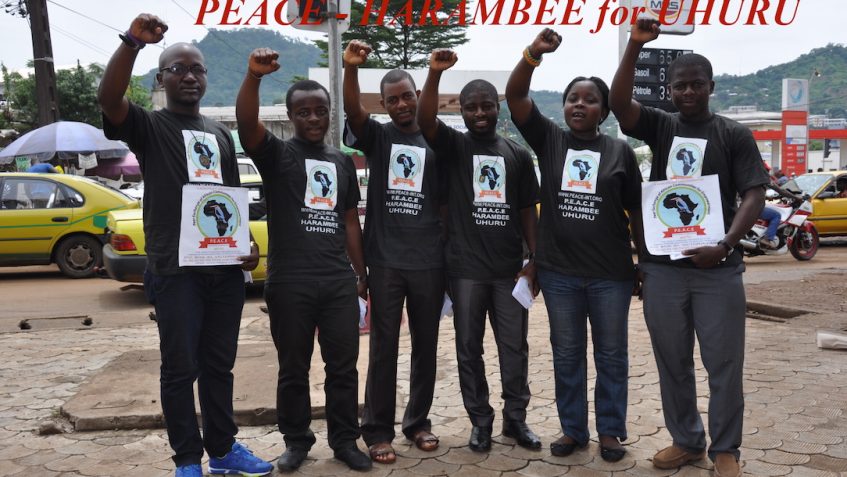