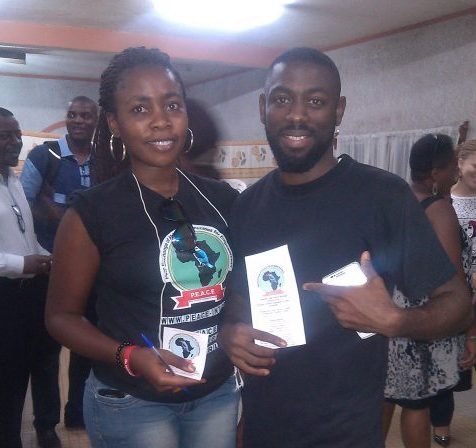 On the 6 of January at Yaoundé a Pan-African conference took placed at “Librairie de peuple noirs”. The aim of this conference was to discuss the African Renaissance stakes and challenges, opportunities for a strategic re-positioning of Africa in the 21st century with Keynote guest speaker Prof. Samba Buri Mboup. 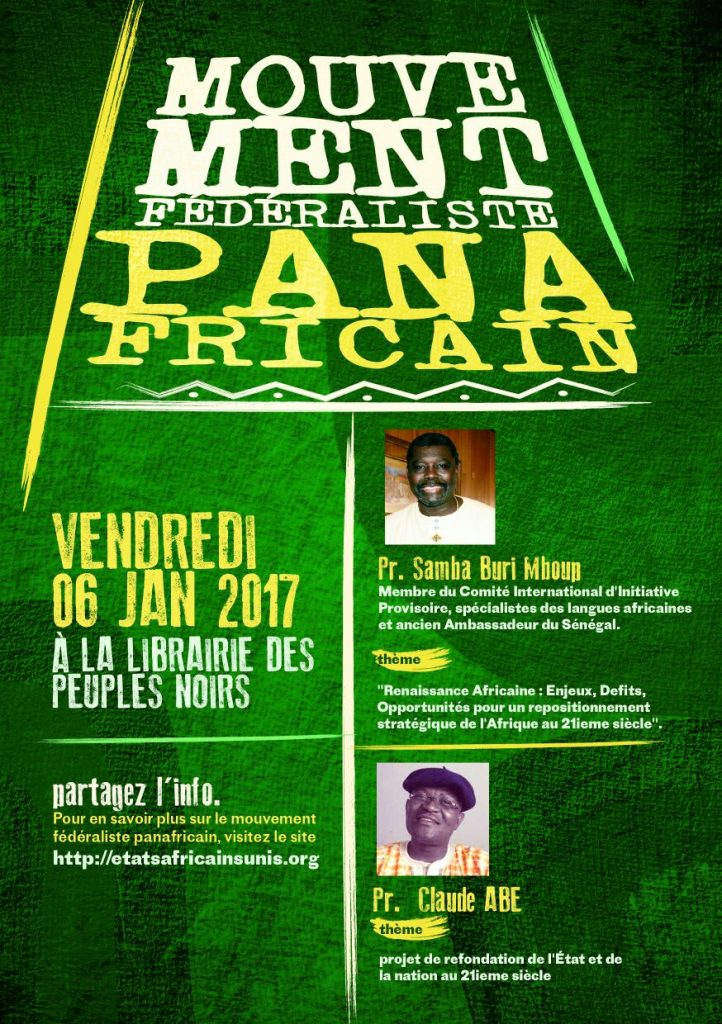 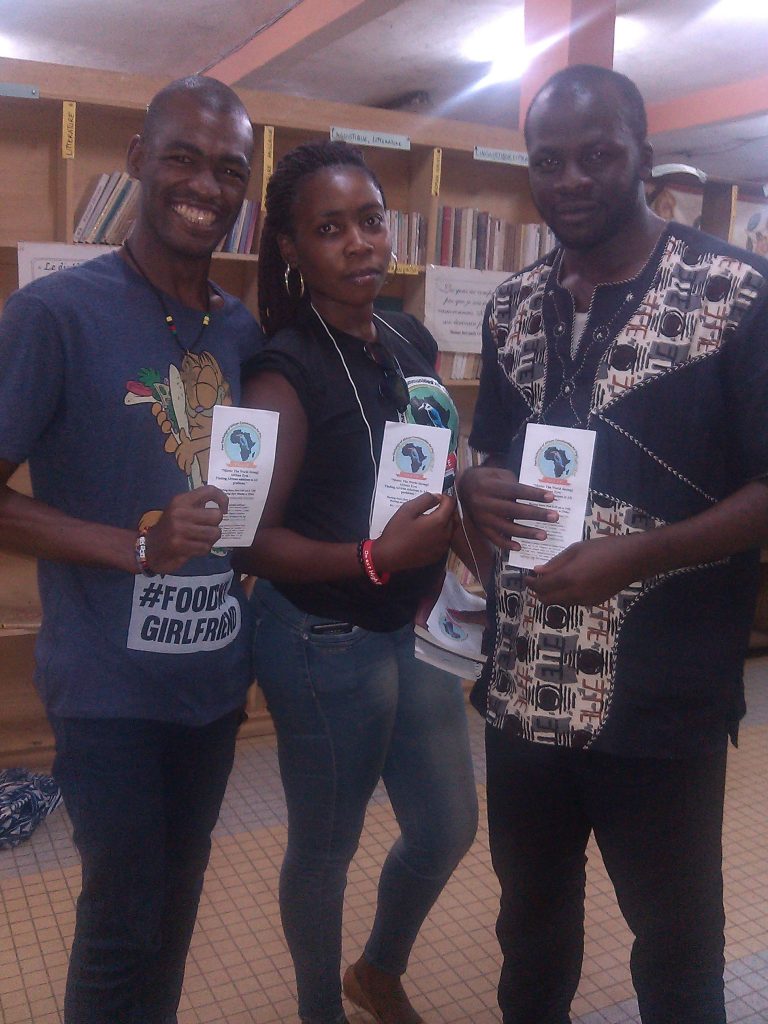 .African Renaissance can be viewed as a global project for the rebirth of Africa as an independent, competitive pole of initiatives and a strong decision maker. And Globalization is the process of international integration arising from the interchange of worldviews, products, ideas and other aspects of culture.

The conference focused on a world of civilization still dominated by national interests whereby issues of military security determine the possibility of success or failure of national strategies for economic development.

A number of African crisis were raised such as the issue of alien models, alienation, oppression, and structural dualism.

These various issues were explained as one of the root cause which hinders the development of most African countries.

On these various points, it was explained that, there is a massive destruction of cultural heritage. Indigenous people have the collective and individual right not to be subjected to any action that has the aim or effect of depriving them of their integrity as distinct peoples or of their cultural values and ethnic identities. 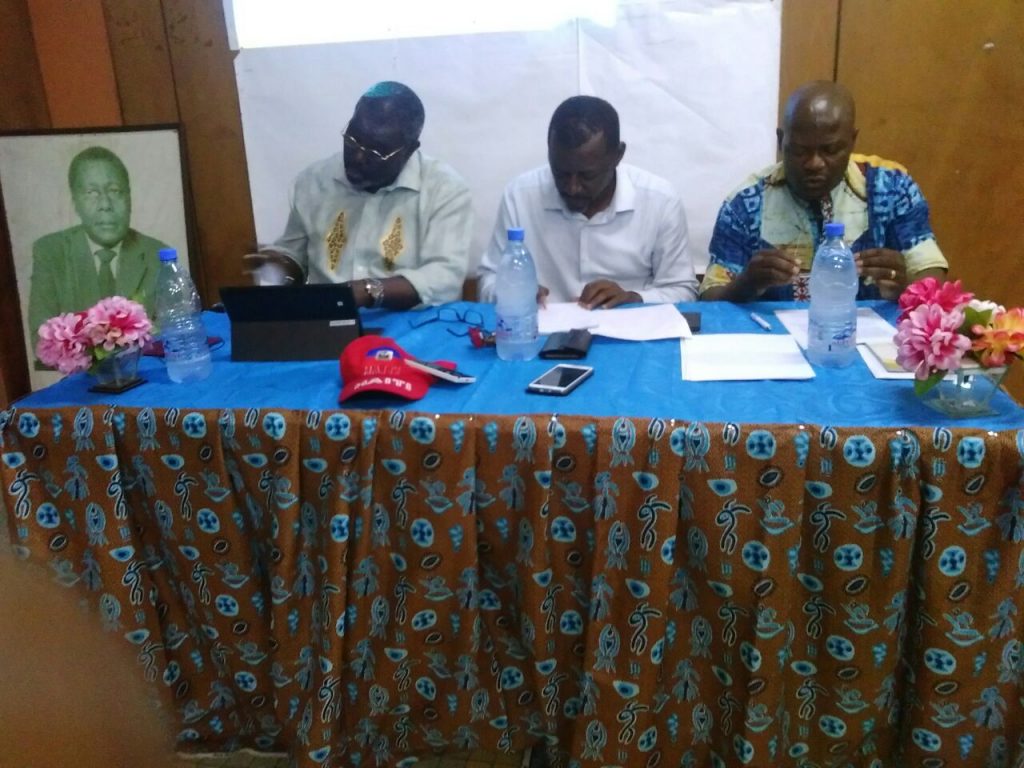 Many of us Africans are suffering and are backward today because of the violation of our identities, foreign assimilation and integration of other cultures and ways of life imposed on us by foreign administrative and legislative measures.

Till date, Africans still suffer from the effect of the slave trade and a clear example is racism. Africans are being subjected, oppressed and judged by the color of their skin.

Shortcomings of our Decolonization process.

We claimed we were decolonized but yet we still live in the shadows of the Whiteman, we speak their languages, we dress like them, we even go as far as changing the color of our skin to look like them. The question is; where are our African values? It has been eradicated, destroyed, suppressed without our notion in order for us not to have a rebirth of ourselves.

Where Does African Renaissance fall into place?

Judging from our limitations, we hardly fought any battles of transformation and renewal or setting a pace for our globalization. That is why as part of our renewal versus our Renaissance we need a global project for our society and civilization. We have to create and initiate conditions which foster the rebirth of Africa as an independent and competitive nation.

How can we achieve African Renaissance?

Through Material development of African societies Psychological healing, moral regeneration, Spiritual uplifting and the Autonomy of our African political conscience. 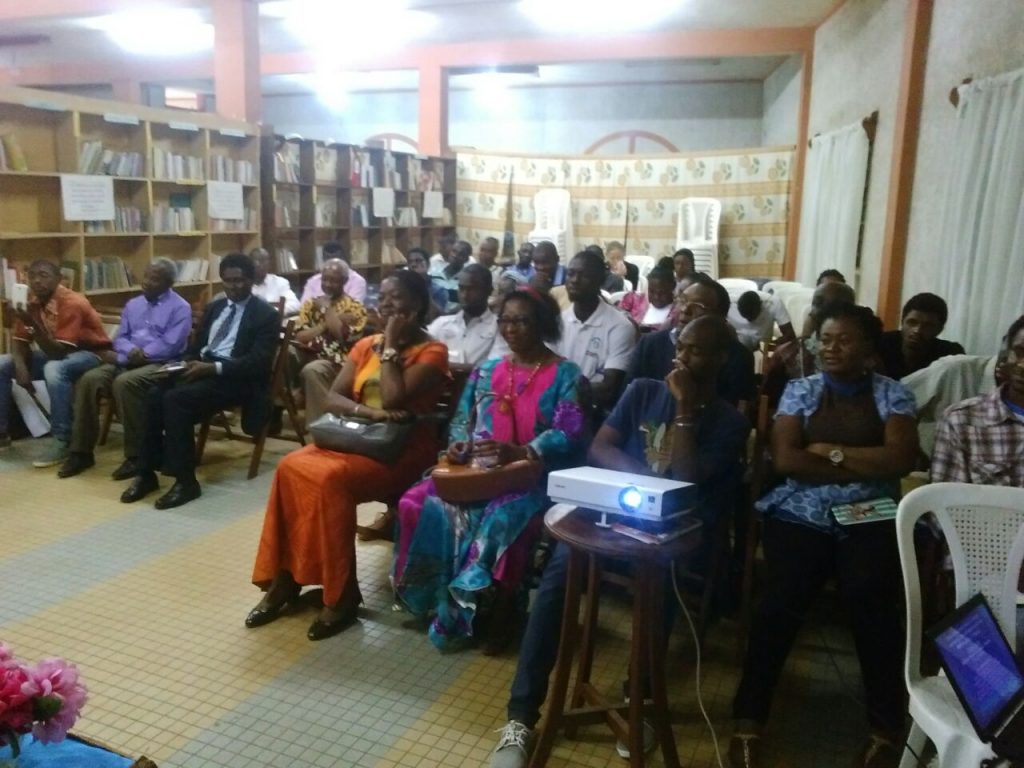 Firstly, Africans have to know who they are. If we don’t know ourselves we will continue to be brain washed. Having a critical knowledge about our self history, knowing who and what we are not. We also have to empower our communities in strong and fervent decision makings, and take our responsibilities.

“Tracing our lost identities is a vital issue which we Africans have to greatly give concern to,” said Prof Samba Buri. Research is very vital if we intend to achieve this.

Discovering routes of trade and historical immigration is important in tracing lost identities. It was on this point that some African victorious battles were mentioned.

The battle of Adwa was a battle which was fought between the Ethiopian empire and the kingdom of Italy. It was a decisive defeat for Italy as it granted and secured Ethiopian sovereignty.

The battle of Isandlwana was the first major battle encounter between the Zulus of South Africa and the British Empire. After the British invasion of Zulu Land, a Zulu force of some 20,000 warriors attacked a portion of the British colonial troops. The Zulus were equipped mainly with the traditional assegai iron spears and cow hide shields which they used in killing over 1,300 British troops. The British were armed with 7 pounder [3-inch, 76mm] mountain guns. The battle was a decisive victory for the Zulus and caused the defeat of the British first invasion of Zulu Land. The British suffered its worst defeat against an indigenous foe with vastly inferior military technology.

With such glorious battles fought by the Africans, Prof Samba Buri explained, it only means that Africans are very powerful but we have been suppressed. We are unaware of our strength and power. We need to have a re-think and re-visit our lost glories to regain our Afro centric nature. We are not outnumbered; we are just out organized due to the influence of foreign bodies.

On the point of a revisit of our history of spirituality, a question was asked, how many African gods do we know? We know many foreign gods and we do worship these various gods. Where is our spirituality? This point was supported with the mention of  “Asare”. Osiris (Asare, by his original African name) was the first God in the history of religions to sit on a throne on Judgment Day, to judge the souls of men'[C.A Diop, 1991].

What needs to be done?

We need to restore our spirituality. How can we achieve this? All these come down to research. We should visit places where our ancestors fought their battles, dig up evidence, which will lead us to reconnect with our spirituality. We should nevertheless practice advocacy, lobbying for interfaith tolerance, pluralism, and eradicate linguistic colonization.

We should as Africans learn other African Languages not limiting ourselves to English and French being the nail in finding a better job.

We should have operational strategies, being custodian of our own properties and promotion of other African native languages. 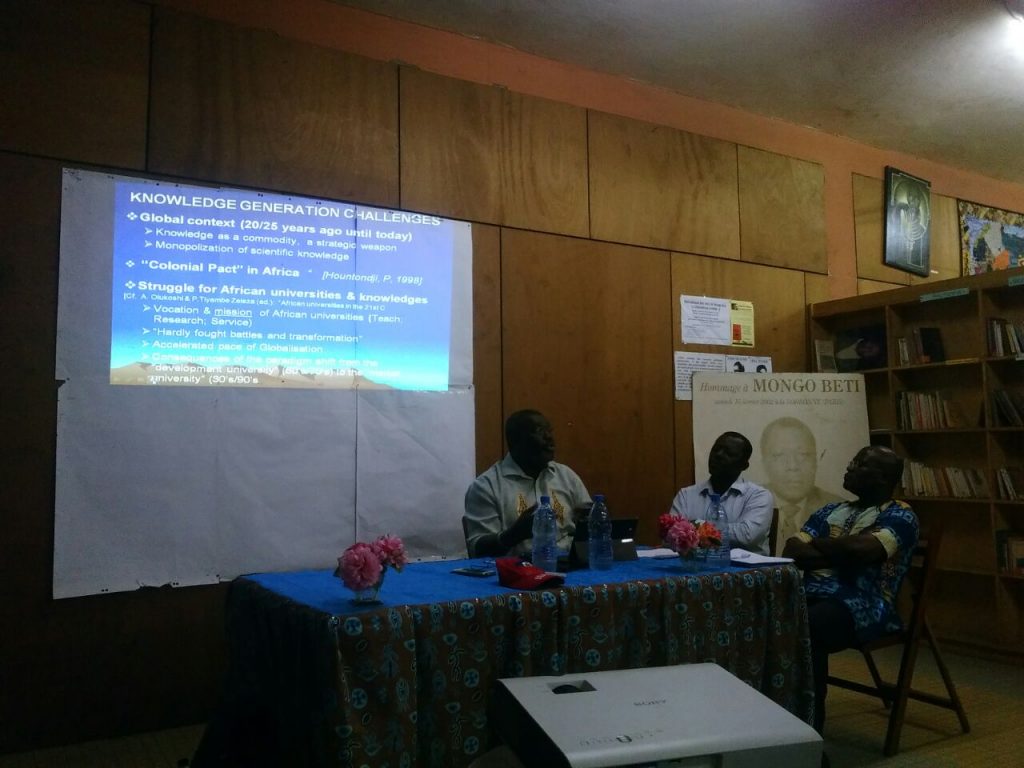 Establishing a strong leadership, and a need for an endogenous model. That is, learning from fellow African models and leaders who have helped to build this Africa (Patrice Lumumba, Thabo Mbeki, Steve Biko, Thomas Sankara and many more others). We should also consult leaders who can enforce need for leadership academics. Explaining to us the curriculum content for leadership, how Africans contributed in civilization and the world wars.

Visitation of places memory, meditation/prayers. For example, “The Citadelle in Haiti”. The Citadelle has become the symbol of Haiti’s power and independence. It was built in the beginning of the 19th Century by one of the leaders of Haiti’s slave revolution. From a place like that we can discover a lot about our ancestors as well as our history.

In conclusion, we should see Africa as the new economic frontier, industriousness, creativity, Geo strategic position with a remarkable margin of success.

After the brilliant Exposé by Prof Samba Buri, the floor was opened for questions. Several questions were asked but a very pertinent question was asked: 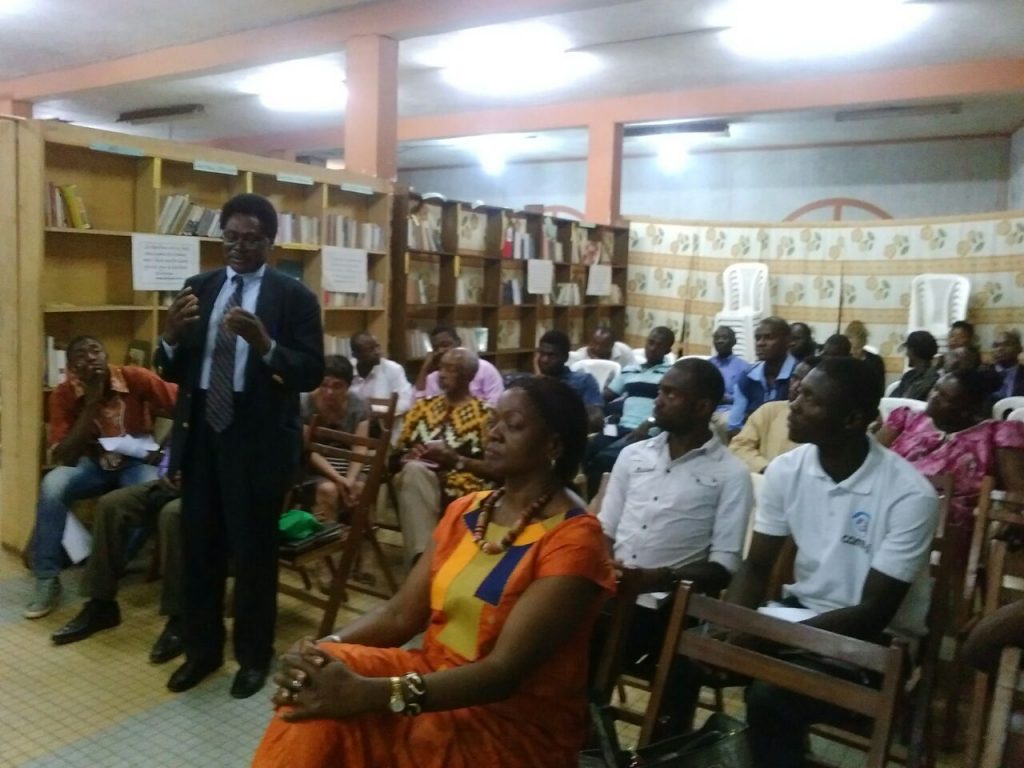 “How possible it is for us to achieve all of us these”? That is, getting fellow Africans to be in the same line with the doctrine of Pan Africanism, when most of our youths today and even babies’ yet unborn see the Whiteman and the Western world as king and Heaven?

Prof Samba explained that, in as much as those flaws exist, we have to look beyond pass that. That is, indoctrinating African Consciousness at a very tender age is very important. Imagine how much you can teach the young mind early and how well 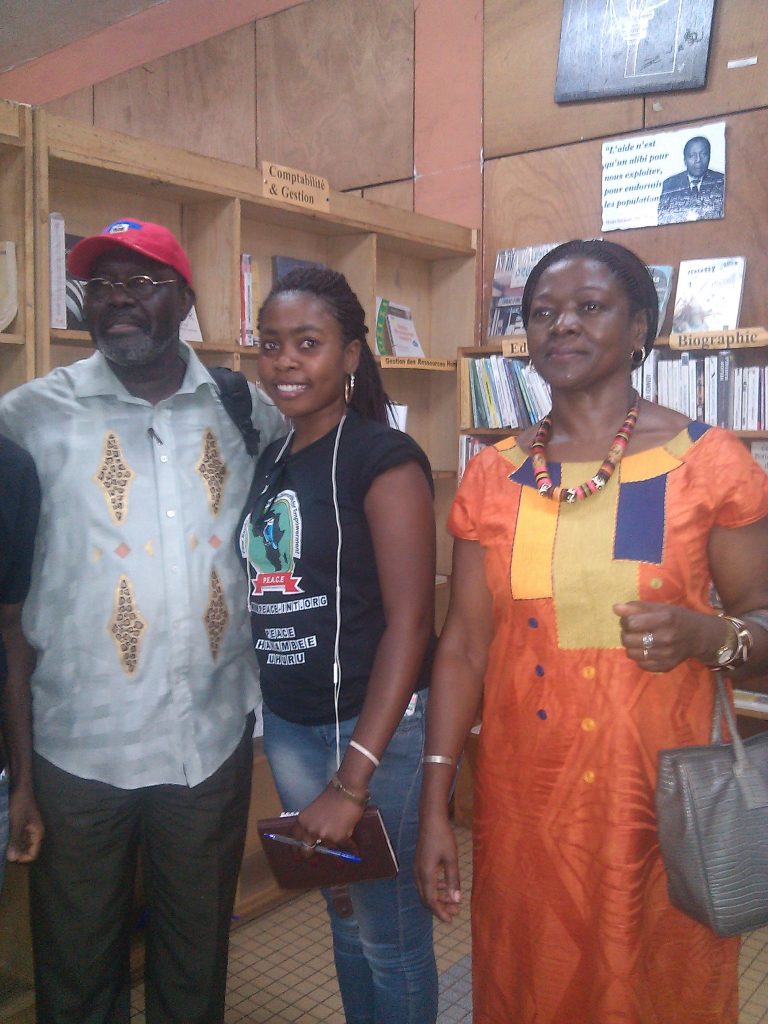 it will stick with them. Educating them, on the strengths and victories of Africa. Instead of getting them Whiteman books that, glorify the Western world, just to mention a few, get them books of African leaders and models to read. And let me put it to you, healing is possible; it has started and is ongoing. A time will come when we will be completely healed through resistance against domination and oppression.